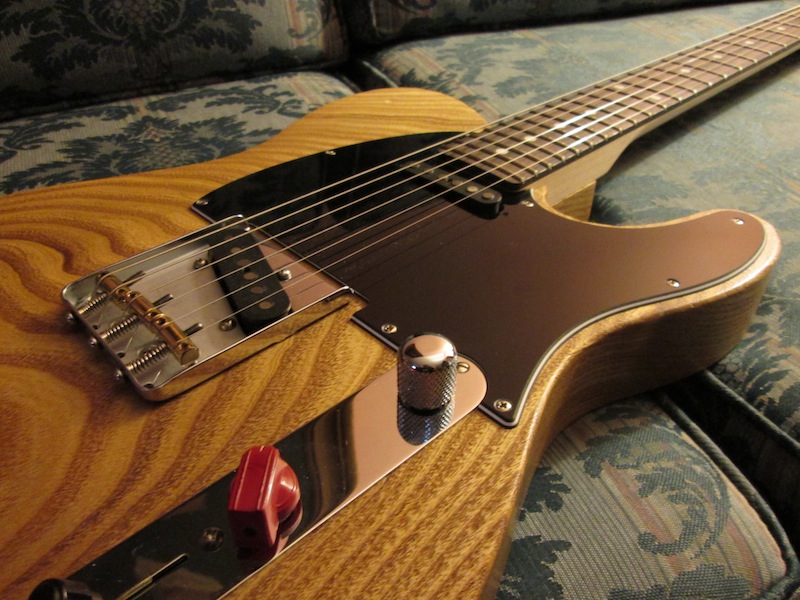 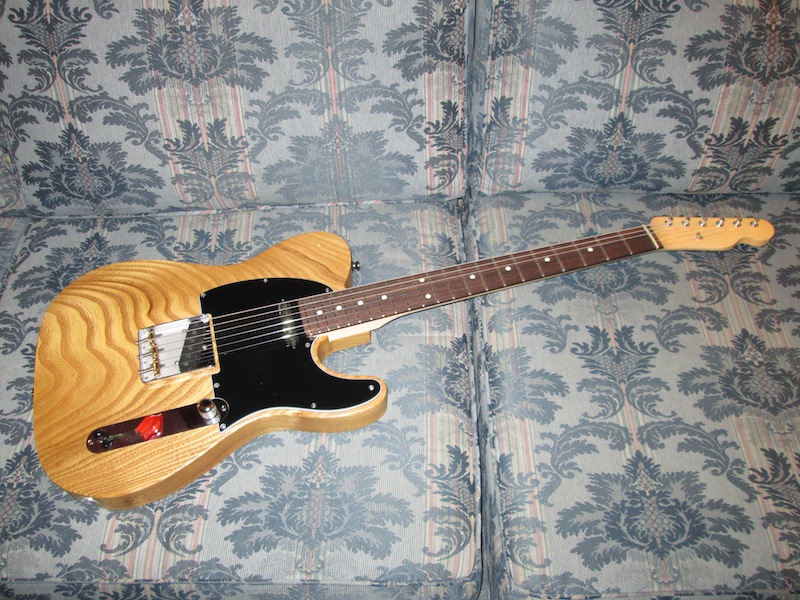 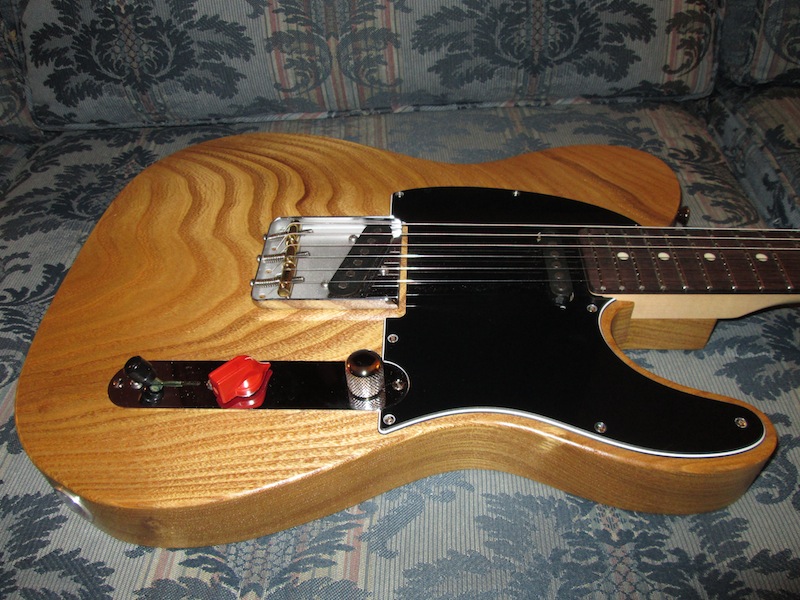 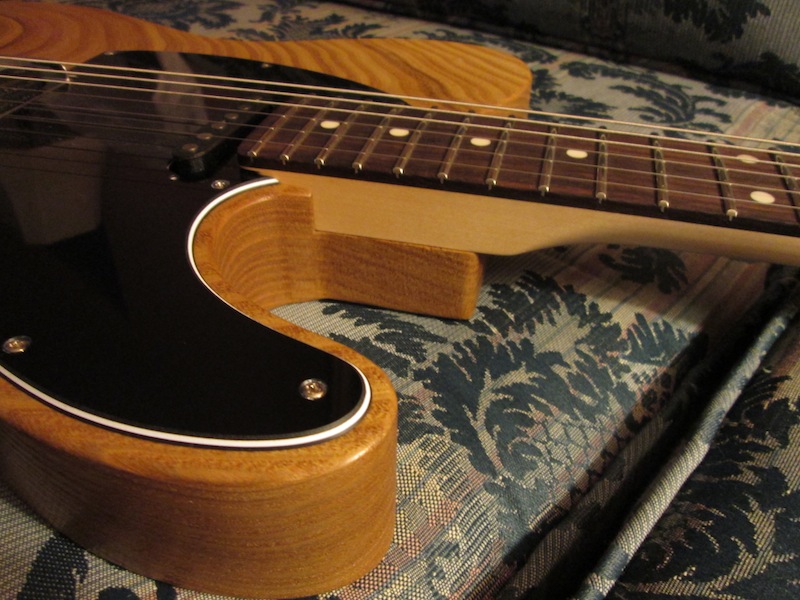 The Catalpa Tele is done! Not a lot to say, since I think the pictures will say what matters. But, for those who’d like to geek along with me: Marc Rutters vintage-style bridge and saddles, Rob DiStefano’s Cavalier Lion (actually the Nashville Lion) and Lioness pickups, a 4-way selector, and a no-load tone control. The body is from Larry Robinson at Clearfork Designs and the neck is from Allparts. It’s a 22-fret type with jumbo frets. Gotoh tuners and an Electrosocket jack holder. I made the nut from Stew-Mac’s vintage bone, as usual.

I also got to try out my new Stew-Mac diamond crowning file, which is much easier to use than the regular file type. I’ve levelled the frets on all four of the necks I’ve used in this project (see other posts for details) and this one was the most uneven from the factory. It turned out great and I can get the string height much lower than I need or want it, so it plays very cleanly.

The finish is Tru-Oil, again as usual. I’ve received several compliments on the color of the body, and how it contrasts with the neck, but I have to confess I had nothing to do with it. The Catalpa soaked up a lot of color, being very porous, and the maple almost none. Sometimes it is better to be lucky!

Pickup tweaks: this is a Fender pickguard, and has the screw holes on either end of the neck pickup cutout. The Lioness is mounted in the body as it should be, and I can use the pickguard holes to reach the adjustment screws and get the height just so. Otherwise I’d need to remove the neck and the pickguard just to do that adjustment, and would be guessing to say the least. These pickups sound great, and the guitar as a whole is even cooler than I’d hoped it would be! So, enough building for now; time to play these things!